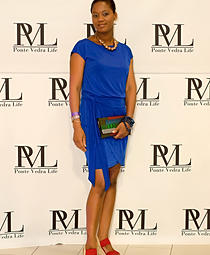 ﻿Souadou Barry always knew she wanted to design and create. Having grown up around the Arts, she was influenced in that way from a very early age. So it was no surprise when she decided to study architecture in France, and later in the US. However, the art in architecture would prove to take longer to surface than Souadou was willing to bear, so she turned to fashion. It was another passion of hers, and she had full control over the outcome from design to creation at a much faster rate. I caught up with the brilliant and talented architect/designer from her home in Jacksonville, FL, to talk about what inspires her to create such beautiful designs, and what inspires her and what it’s like to live her dream.